After World War II a great number of books were found in Poreč and its surrounding area that were written mostly in Italian and some in German language. The books had a great scientific value since they were dealing with pre-war Poreč – a cultural center with the oldest Istrian museum and the oldest Istrian agricultural school. Nowadays, this valuable heritage is kept in two libraries: in the Museum of the Poreč territory library and in the Agricultural Institute library.

The City Reading-Room and Library were founded in Poreč immediately after World War II , but they formally started operating as an institution in Aldo Negri Street in 1956. The majority of the library fund consisted in Socialist literature, Russian literature and some school readings.
Three decades later (in 1986), it moved into the renovated foyer of the theater dating back to the Austro-Hungarian period. The ambience was very striking in aesthetic terms, but it soon lacked in space.

The founder – the City of Poreč – had recognized these needs in 2003 and started with the reconstruction of the premises on Marafor Square 3. Besides, the City granted the nearby space where the Children’s and Youth Literature Department is situated today.

The Poreč City Library is a public library and it has been operating as an independent institution since 2007. The library contains approximately 55000 volumes and its users can openly access them. The entire library holdings have been catalogued and can be browsed using the electronic library catalogue in the library reading-room or through on-line catalogue on the web page. The search can be done by author, title, expertise and subject catalogue. In 1999 the library implemented the Internet for the users, thus becoming the first public library in Istria with this type of service.

One of the main characteristics of the Poreč City Library is the rich programme of manifestations such as literary meetings, poetry evenings, and book sale exhibitions. Organized by the Poreč City Library, the following manifestations are also held: Verses on the well (Verši na šterni), the Laurus Nobilis literary award and BOOKtiga – the international festival of second-hand books. 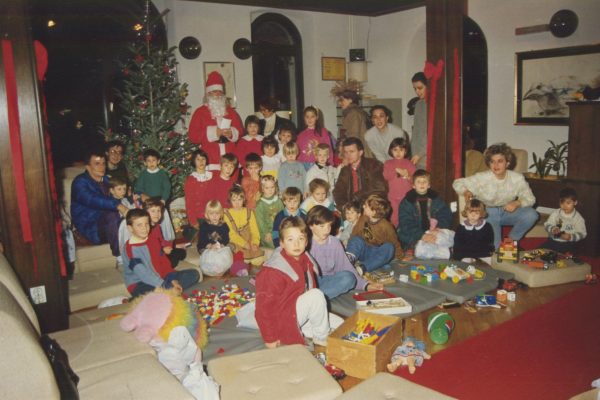