On the Day of Croatian Libraries in 2015, numerous citizens opened the doors of the first little free library in Poreč, in Olga Ban Park. As the first organization in Croatia, the Poreč City Library has been involved in the international Little Free Library project, which exists in 70 countries around the world. The little library is intended for everyone, everyone can put books in it and others can borrow it, always bring new ones, with no records, no registration, no working hours, day and night, every day of the year. Among the tens of thousands small libraries around the world, for the first time a Croatian town, our Poreč can be found on the map of the world organization “My little free library”, registered under the number 24402: https://littlefreelibrary.org/ourmap/. Our first free little library was painted by the artist Vjekoslav Vojo Radoičić.

In the Month of the Croatian Book in 2016, the Poreč City Library, in cooperation with the Municipality of Vižinada, opened the door of another little free library and continues with the project which seeks to reach the wider community. The little library is available for free exchange of books for the local community.

In October 2017, in cooperation with the Tourist Board of the Municipality of Funtana, the Library opened the doors of a new little free library which has been equipped with books for all ages. It encourages reading, sharing and socializing with the book. In this way, Funtana became involved in the Little Free Library project, which was launched in the USA in 2009, and today there are about 40,000 registered little libraries in 70 countries around the world. The little free library was painted by the artist Eugen Varzić from Poreč.

In November 2017, in cooperation with the Tourist Board of Vrsar Municipality, another little free library was opened. By setting up such a library, where you can find one hundred titles, we have brought the book closer to the locals as well as to the many tourists who visit our destination. The library was painted by the artist Sara Gortan.

In addition to the library stations in Červar Porat, Varvari, Nova Vas and Baderna, as well as little free libraries in the urban open space, we also welcomed the initiative of the founder to repurpose the unused green area of ​​the town of Poreč into a reading park. These are all small steps that, through collectiveness and mutual cooperation, lead to the realization of the image of Poreč as a city of books. 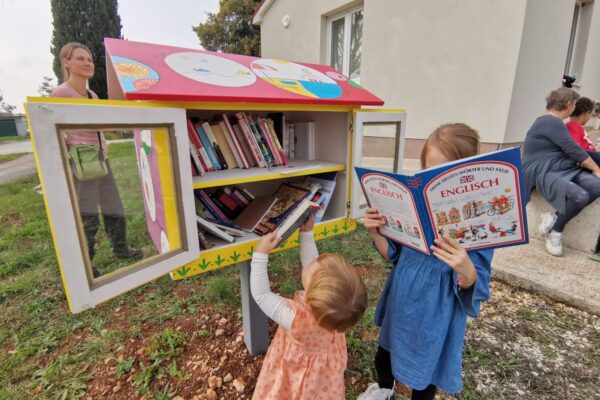 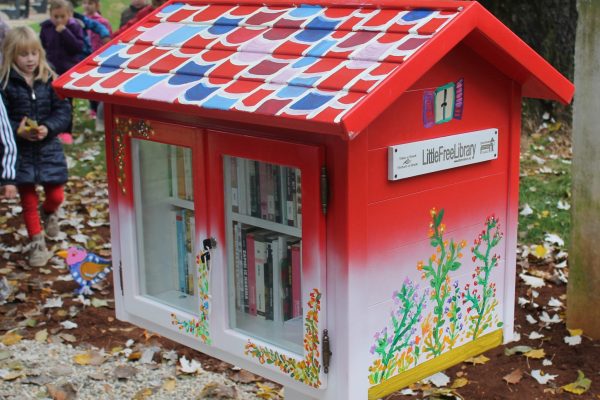 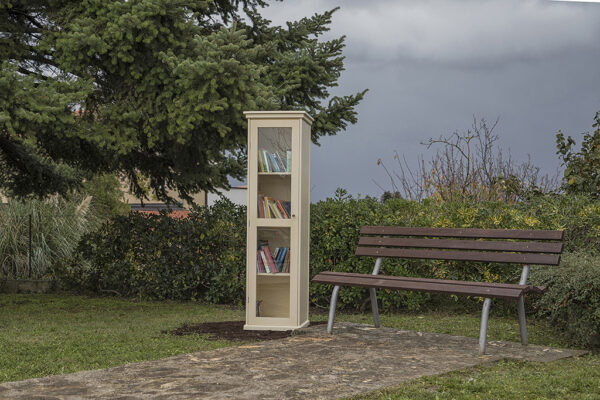 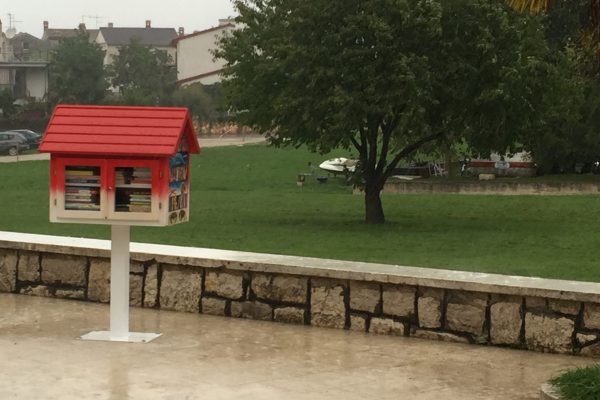 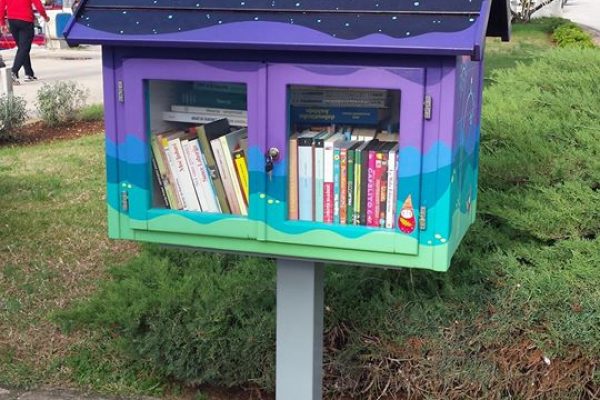